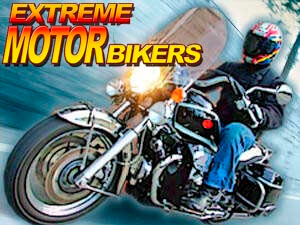 Games! this word creates excitement in our minds. Most of us get relaxation and sometimes a good adrenaline rush from certain games. For some of us, games are just part of our everyday life without which we cannot go. Every niche of games has its fan base. Some of us are light gamers while others are hardcore gamers. No matter what type of game one likes, the good news is that we can get many laptop games for free. Let us have a look at some of the best free games:

also read: How to Type the Congruent Symbol

This is a first-person shooter game. The police serve and protect. The user will be portrayed as a fighter against the crimes and will be all alone to destroy several gangs. Several types of weapons are available to choose from. One can go for pistols or machine guns to get things done. And when the user wants to explore more, he can apply skills in multiplayer game mode. The required system details for downloading and playing this game are windows XP/ Visata/7/8/8.1/10, 1000 MHz processor. Better the processor, smoother will be the game.A RAM of 1024 MB, GeForce4 MX or on-board graphics, DirectX 9.0 or higher, DirectX-compatible sound card.

This is a single-player extreme motocross 3D racing game specifically in the desert. It features two racing modes, one is a racing contest and the other is Ghost Race, which will test the skills of the gamers with the virtual motorbike. The user needs to win medals to unlock new tracks and motorbikes. In Ghost Race game mode the player has to race against his best result to improve it. The system requirements to download and play this game are Windows XP/Vista/7/8/8.1/10, 1000 MHz or more processor, a RAM of 1024 MB, GeForce4 MX, or on-board graphics, Directx 9.0 or higher, DirectX- compatible sound card.

The storyline of this game goes like this, it has been more than 10 years since the first Roman legions landed in Britannia. Celts and Brits tried every possible way to resist but the Roman army was stronger.

The war continues even though most of Britannia’s territory has been captured. The player of this game has been portrayed as a young Roman patrician, who will take part in the suppression of rebellious tribes, build all the possible powerful weapons, and plan a strategy of protection. One can wisely lead battles with many units on each level. The weapons and spells can be upgraded.

It is addictive and fun tower defense gameplay with beautiful graphics, and interesting sound effects, over 60 levels with multiple difficulties, over 30 types of enemies, 8 different types of fighting weapons, each of which contains a variety of system upgrades, 5 types of installable gears for combat vehicles. System requirements for this game to be downloaded and played are a minimum free space of 118 Mb size, the operating system required is Windows 98/XP/Vista/7/8/10.

This is a 3D racing sandbox game. This game involves a city where there are lots of cars and different tasks at your disposal. One can take part in illegal races around the city, and go away from the police and make money for new cars. One becomes a respectable driver or a dangerous scorcher-it only depends on the player and his choice.

The system requirements to download and play this game are- Windows XP/Vista/7/8/8.1/10, Dual-core processor 2000MHz, RAM 2048 MB, GeForce 6 or Radeon X-series, DirectX 9.0 or higher, DirectX-compatible sound card. This is a family-friendly game. This is provided free of charge legally.

It is a thrilling racing game. You can take down your competitors as you bash through different checkpoints within the track. To unlock various powerful trucks, you have to complete the different sets of achievements. This game has excellent graphics with stunning action-filled effects. One can race over 18 different provided tracks with 26 achievements that can be unlocked, unlock various powerful monster trucks as you go deeper into the game. The full version of the Monster truck racing game is available for free. The system requirements to download and play this game are Windows 98/XP/Vista/7/8/10 operating systems.

It is a powerful free PC game only available for windows, under the niche racing games.     This game had been published by the game Hit Zone. If one wants to travel the roads and experience it virtually then the best way to do it is by playing the super police racing. This game is available only in English. It is a light game that requires less free space than most other sections of PC games. It is very massively used in some countries like India, Bangladesh, and South Africa. It provides a free license.

This game can be played both on PC as well as Mobile for free. This game requires some strategic thinking, even from veterans of the genre. The game features over 300 heroes for you to collect, each with their stats and unique abilities, meaning you will have to tweak and optimize your squad to make the most of your character’s strengths. one can also take the fight online by either teaming up with other players in co-op, err, raids, or defeating their squad in the battle to gain valuable reward

It is an engaging battleship game and is available for free download for windows users. It is a multiplayer online game. This game features real-life ship battles which require strategy, experience, and tactical moves. It has gained a massive online following, with players working hard to upgrade their vessels and earn in-app currency. To win in battle, one must confront and defeat the fleet of the enemy. This is developed by WarGaming.net.  This warship game has been developed based on real-life sea wars of the first and the second world war. This game also features aircraft carriers for long-range strikes, massive cruisers, and submarines.

This game has good graphics and it offers a lot of attention to detail. The visual and sound quality of the game is highly satisfying and will keep the players fully engaged. The system requirements include 64- bit operating system. The game works on all PCs running Windows 7 and above. The hardware requirements include at least an Intel Core i5 processor, 4GB of RAM, and a discrete graphics card to run properly. To install the game on a Windows device, 35 GB of free space is required.

10 Reasons Why a Social Media Detox Is Good for You 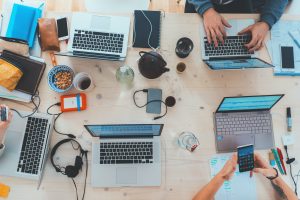 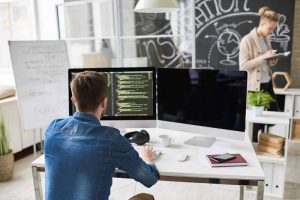 IMPORTANT FACTORS TO CONSIDER BEFORE DEVELOPING MOBILE APPS FOR YOUR BUSINESS