What are the secrets behind the success of this overachiever?

When he was 8 years old, he imagined his future in the world of the Olympics. He had all his life goals in front of him as he created a goal sheet that he formed when he was a child. According to him, it is vital to make a sheet and look at it daily so that you know that when you wake up, you know what needs to be done.

When help was a teenager, he had a coach named Bob Bowman, who himself was a successful person in the field. Bob suggested he watch a videotape of swimming when he wakes up and before going to bed. It helped him a lot and pushed him to success.

Visualization further helped him to face any situation that comes his way. He was all prepared to win in any scenario. He always had a plan, no matter what the circumstances were. He was prepared. In 2008, Phelps goggles broke in the middle of a race and that was a state of panic, but he did not stop and build a record.

Phelps has always imagined himself being the no 1. He dives into the pool sharp at 7:30 and swims for 4 hours every day. No matter, it’s his birthday, Christmas, or any other holiday. His dedication paid him off.

He is a person who does not waste any of his emotions or energy. He always believed that he is his only competition and he had to be the better version of himself every day. He said that he is not much into the verbal wars nor does he reply to the critics verbally, his work speaks for him.

Once he was beaten by another swimmer by 0.05 seconds. He was defeated that day but he took that as a motivation and saw the tape of the race and noticed where was it that he went wrong. He said that he won’t ever repeat those mistakes and that he’s more prepared this time, before his next race.

He was blessed with one of the best swimmer’s body but he wouldn’t have achieved success without practicing for it every day. He always pushed himself to achieve his dreams and with that today, he reached all his goals.

The bottom line: the idol of most of the swimmers as he is the first athlete who won 8 gold medals back to back in one Olympics. He is the most excellent and his legacy will last forever. 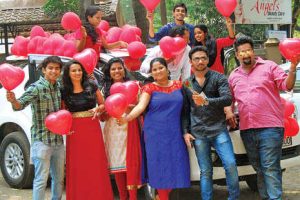